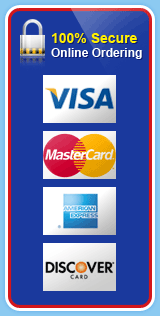 In truth, anything can become an addiction if you're not careful. Whether it's a substance or a behavior, anything that makes you feel happy and sets off a dopamine response in your brain can eventually become addictive if you do not exercise caution. But this begs a very important question: do nootropics supplements fall into this category, too?

The answer to that question depends on many different factors. But with a supplement like Constant Focus, you can rest assured that the answer is a resounding "no". Unlike some other potentially addictive nootropics, Constant Focus contains natural, safe ingredients - not harsh, synthetic chemicals. The ingredients are potent enough to make you feel like your brain is going into overdrive, but it doesn't have any withdrawal symptoms. On top of everything, it's one of the most affordable cognitive enhancement supplements you can get for your money. Below, we'll take a closer look at why some nootropics can be more addictive and inherently unsafe. That's why you should stick to the good stuff like Constant Focus and avoid the more dangerous ones.

Some Nootropics Are Literally Addictive

Ritalin and Adderall are probably the most well-known smart drugs available today. There are also some of the hardest to obtain, whether through legal or illegal means. A lot of this has to do with the addictive nature of these chemicals. They are very effective, and the stark contrast between how good someone feels when they are high on these drugs versus how low they feel when they're off of them can foster a vicious cycle of dependence.

In most first world countries, you need a prescription from your doctor in order to get a supply of Ritalin or Adderall. In order to get this prescription, your doctor must come to the conclusion that whatever mental health or cognitive issues you are currently struggling with, you can get significant quality of life benefits from taking the drug despite potential negative side effects. In the us, Ritalin and Adderall are considered controlled substances and dispersing them to patients is very tightly regulated. The laws are set up this way in order to prevent misuse, abuse, and to prevent the illicit drug trade from having a more widely available supply of Ritalin and Adderall.

Some Nootropic Supplements Are Psychologically Addictive

With drugs like Ritalin and Adderall, the more frequently you take them, the more you will have to increase the quantity you take in order to get the same effect. This is called dependency. Once you take that drug away, you will go through physical withdrawal that can have a whole host of negative symptoms including nervousness, anxiety, dizziness, nausea, headaches, and much, much more. Even if a nootropic supplement doesn't contain Adderall or Ritalin, or any other synthetic substance which creates a chemical dependency, it can still foster its own type of unique addiction.

Psychologists often refer to this as a psychological addiction. What does this mean? It means that even though your body does not physically depend on the drug, even though you will not suffer any physical withdrawal symptoms once you discontinue the drug, there are other negative adverse effects you will likely suffer through once you stop taking it. In some ways, it's almost more dangerous than getting addicted to something like Adderall or Ritalin because the lack of negative physical health consequences makes it that much more difficult to quit.

These nootropics are usually manufactured by less than upstanding companies outside of the US or the EU. They may not be 100% honest or upfront about the ingredients in their product, so it's hard to know what you're getting or if the supplement you're taking is safe. It may not contain the dangerous synthetical chemicals that you can get physically addicted to, but going without could leave your brain feeling sluggish and forgetful to the point where you don't want to live without it. If this is your first time shopping around for a nootropic supplement, the psychological addiction trap it's something you need to be very vigilant about.

Some Nootropics Can Become Addictive If You Use Them Improperly

Nootropics are a type of supplement you have to be very particular about when it comes to your dosing habits. There is a very passionate subculture of nootropic aficionados who have very complex rituals surrounding what stacks they take, when they take them, and how long they take them for. They also frequently discuss "cycling off" certain stacks in order to give their brain a break, sort of like how a bodybuilder incorporates rest days into his weekly schedule so that his muscles can recover and grow back stronger.

If all of this sounds impossibly complicated, that's because it is! It's also extremely expensive. Many of these nootropics gurus will go out of their way to buy each and every single ingredient separately because they don't trust companies that sell comprehensive nootropic formulas. They'll also take these ingredients at dangerously high doses and then cycle off because they think they're getting more of a benefit than taking a smaller dose every day.

We only mention this in order to highlight another unethical business practice that you should watch out for: companies who overdose their supplements in order to both charge you more for them and get you addicted via "burnout syndrome". We're not going to name names - but let's just say there are some "alpha" smart drugs out there which pack dangerously high megadoses of their active ingredients into the formula, but don't warn their customers that they should cycle on and off the supplement. As a result, their brain gets so burnt out that it gets to the point where it can't produce its own cognitive enhancement neurotransmitters anymore. Think of it this way: anabolic steroids are dangerous for men because the body gets so used to the drug making testosterone for it that the testicles stop making testosterone on their own. Taking a megadose smart drug without cycling on and off properly can create a similar dependence.

Thankfully, you don't have to worry about that with Constant Focus. Our formula is scientifically balanced to give you just enough of the effective ingredients and increase your cognitive potential without frying your neurons. As a matter of fact, most customers report that the brain boosting potential of Constant Focus is cumulative - meaning that their neurological function seemed to improve the longer they took it. We've also received feedback from customers who have had to stop taking Constant Focus for one reason or another and we're happy to report that 0% of them experienced any adverse withdrawal symptoms or decrease in cognitive functionality.

As you can see, Constant Focus is one of the safest at least addictive smart drugs on the market today. That's why taking your brain power to the next level with this particular nootropic is one of the smartest decisions you'll ever make for yourself!